A Message from Scott McGohan 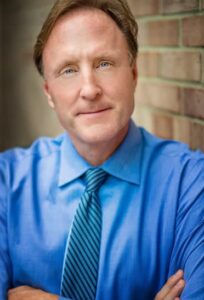 These times have pushed all of us to think differently about many areas of our lives. I am grateful for your support and your desire to positively impact people.

In the midst of chaos, often it is in the little things that our hearts widen, open up and grow. There is a beautiful story I read years ago that has always touched my heart. The question is simple, “Would you stop for the dog?”

Some of you might remember a beautiful game named Tee-ball.

Most of us are familiar with that game. “Last year,” (Bill Harley) the writer says, “My son played tee-ball. This is the bottom step on the twenty-rung ladder leading to the Major Leagues.”

“The rules for tee-ball are different in many ways from the Major Leagues – no agents, no reserve clause. You go to the team that chooses you. “In fact, there are only two teams in our league with 25 kids on each team. Parents are friendly to each other, which will dissolve in several years as the lottery for positions in the major leagues comes closer and closer.”

“In tee-ball, everybody bats each inning, regardless of how many outs there are. In fact, an out is a rare occurrence. All 25 players play each inning and are littered through the infield, forming a wall of humanity through which it’s virtually impossible for a ball to pass. Now, on each team there is one player who insists on fielding every ball and then running after the base runner, never throwing it. Balls are never thrown. If they are thrown, they must either go over the head of the intended recipient or hit them in the back.”

“Every player who scores has hit a home run no matter how many times the ball has been thrown into the outfield. There is no such thing as an error. In tee-ball, each player has a different concept of the score. In tee ball, kids have to go to the bathroom almost immediately.”

“Parents go out onto the field and console their children who have skinned their knees or bumped into their neighboring infielder. And, of course, in tee-ball, no one pitches. The ball sits on a plastic tee waiting for the batter to hit it, which happens about once every three batters.

“Now, on the other team, there was a little girl. She came each week. I knew since my son’s team always played her team.”

“Everyone in the bleachers cheered for her regardless of what team their kid played on. In all the games I saw, she never hit the ball, not even close. It sat there on the tee, waiting to be hit, and it never was. Sometimes, after ten or eleven swings, she would hit the tee. The ball would fall off the tee and sit on the ground six inches from home plate.”  “‘Run, run!’ yelled her coach, and she would lope off to first, clutching the bat in both arms, smiling. Somebody usually woke up and ran her down with the ball before she reached first. Everyone applauded her. “

“The last game of the season, she came up and through some fluke, or simply in a nod towards the law of averages, she creamed the ball. She smoked it right up the middle through the legs of 17 players.”

“Kids dodged as it went by, looked absent-mindedly at it as it rolled unstopped, seemingly gaining speed, hopping over second base, heading into center field.”  “Once it reached there, there was no one to stop it. Have I told you? There are no outfielders in tee-ball. There are for the first three minutes in the beginning of every inning, but then they move to the infield to be closer to the action, or at least to their friends.”

“She hit the ball and stood at home, delighted. ‘Run!’ yelled her coach. ‘Run!’ yelled all of the parents. All of us stood and screamed, ‘Run, run!’ She turned and smiled at us, and she, happy to please, galloped off to first. “The first base coach waved his arms round and round. She stopped at first. ‘Keep going, She, keep going! Go!’ Happy to please, she headed to second. By the time she was halfway to second, seven members of the opposition had reached the ball and were passing it amongst themselves.”

“It is a rule in tee-ball that every one of the defending team has to touch every ball. The ball began to make its long and secured route towards home plate, passing from one side of the field to the other.”

She headed to third. Adults yelled from the bleachers, ‘Go, go!’ Her coach stood at home plate calling her as the ball passed over the first baseman’s head and landed in the fielding team’s empty dugout.

‘Come on, come on, Baby, get a homerun!’ She started for home, and then it happened. During the pandemonium, no one had noticed the 12-year-old mutt that had been sleeping in front of the bleachers five feet from the third base line. “As she rounded third, the dog, awakened by the screaming, sat up and wagged its tail at her as she headed down the line. The tongue hung out, mouth pulled back in an unmistakable canine smile, and she stopped right there, halfway home, 30 feet from a legitimate home run.

“She looked at the dog. The crowd cheered, ‘Go, go! Go, home!’ She looked at all the adults, and her own parents shrieking, catching it all on video.

It was a moment of complete stunned silence. Then perhaps, not as loud, but deeper, longer, more heartfelt, we all exploded in applause as she fell to her knees to hug the dog.

Two roads diverged on a third base line. “She went for the dog.”

Sometimes you have to stop for the dog when your habits are telling you to run for home plate.  I adore people who would always stop for the dog. During this time, and throughout the year, I encourage you to pause, especially when it seems the hardest to do so. Pause and take time for others. Pause and take time to acknowledge those sweet and beautiful beings on your journey. While you round third and head for home, pause and reach out to your neighbor ̶ and take a moment to pet that lovable pup in the crowd. Remember, we are all together in this game called life. It is up to you how you decide to keep score.